“Allright, I AM the Messiah! Now FUCK OFF!“ Monty Python and their humour: a short portrait 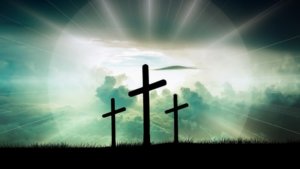 Easter is arriving, and with it come not only various sweets and oversised bunnies, but also the great art form of satiric comedy. And of course, the first people that come to mind on that subject are Monty Python and their masterpiece Life of Brian.

Published in 1979, the movie is still regarded as a classic of 70s cinema and even today the source of a lot of controversy. The heavy satirical criticism of religion, especially Judaism and Christianity, has lead to the movie being banned in Scotland and accused of spreading hate all over the world. By recreating many biblical scenes Monty Python have provoked the anger of many believers. Although this might be a massive downside for some modern movies, the legendary British filmcrew took it as more of a compliment. The worldwide denunciation of the movie proved to be an effective marketing choice instead.

In fact, instead of being forbidden, as the Catholic Church demanded at first, it has grown to be one of the most beloved and quoted movies of all time. And the comedic potential can truly not be denied. In the opinion of many fans, and my own, it’s one of the funniest films ever made and a great example of British comedy. The creators even started their own brand of humor with this movie and Monty Python and the Holy Grail.

Pythonesque humour has become an important part of British and international comedy, making its way troughout the media until now. The revolutionary filmcrew have inspired many modern shows, the most famous ones being South Park or Little Britain. By enveloping their strong social criticism in extended dialogue-heavy jokes, the Pythons managed to write themselves into our collective hearts.

Monty Python at our school

In memory of this great episode of English comedy, the DFG-LFA Kino AG is presenting the hilarious Life of Brian in the theatre room of our school. All students over the age of 12 (or with a parental permission) are invited to come to the movie night on the 11th of April at 4.30pm.

I hope to see you there!